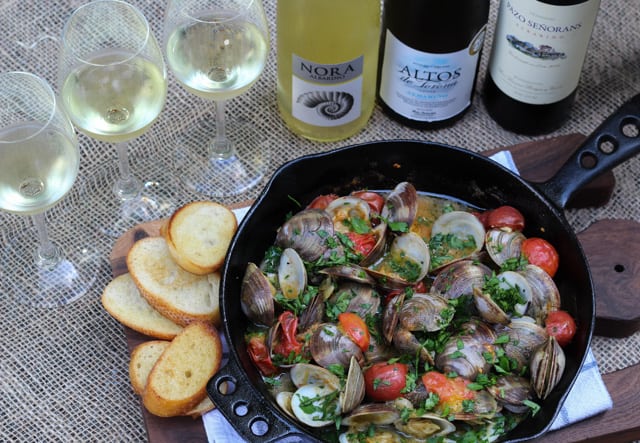 When introduced to a new grape varietal or wine growing region, I follow one of the principle tips for food and wine pairing; “if it grows together, it goes together.” Albariño from Rías Baixas located in northwestern Spain, bordering the Atlantic Ocean is known for its fresh seafood. These pan grilled clams paired with a glass of Spanish Albariño is a classic pairing that is simple but loaded with flavors that enhance both the freshness of the wine and clams.

Albariño is an aromatic wine that is known for it’s fresh, crisp, elegant style. The flavor profile often includes citrus, melon, stone fruit, and tropical fruit with notes of minerality and salinity. The popularity of Spanish Albariño has continued to grow since the 1980’s when the winemaking technology in Rías Baixas was modernized with temperature controlled stainless steel tanks, vastly increasing the wine’s quality.

A Few Key Facts About Albariño and Rías Baixas

The region is known as “Green Spain” because it’s landscape of rolling green hills is more reminiscent of coastal Ireland than the rest of Spain.

90% of the grape varieties grown in Rías Baixas is Albariño. Other allowed varieties include; Caiño blanco, Treixadura, Loureira, Torrontés, and Godello.

99% of the wine grown in the region is white.

The soil in the region is based on granite bedrock with some schist, and, alluvial and colluvial deposits of clay, silt, sand, and gravel.

There are  five sub-regions in Rías Baixas 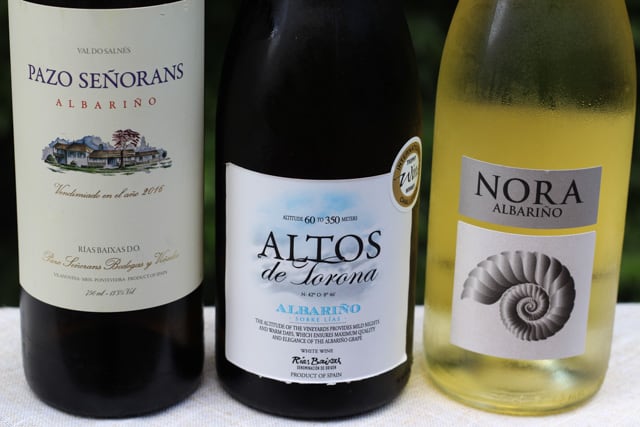 The Alta de Torona and Nora both with fresh crisp, acidity and minerality on the palate were the ideal and preferred pairing with the clams. The acidity and citrusy notes in the wine matched the acidity of the saffron vinaigrette, tomatoes, lemon juice, and briny flavors of the clams. The Pazo de Señorans is a riper tasting Albariño with muted acidity leaving the pairing to fall flat. 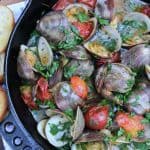 « Summer Cheese Board with Rosé
Pairing Pizza with Grower Champagne »

Do you have a favorite everyday red wine? My go to

Get your Valentine’s Day dinner started with a g

Snow in Atlanta...it happens. Now we need the sun

If you are a white wine lover, the Savoie wine reg

Popping the corks on cooperative Prosecco! These t