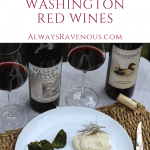 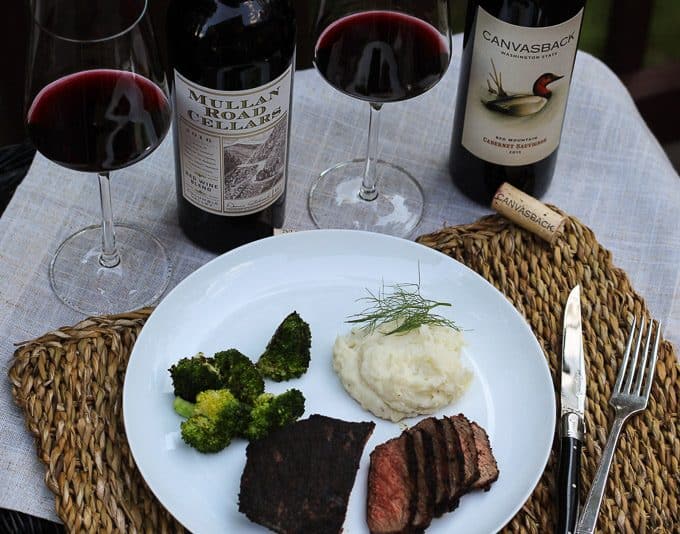 Its been almost a year since I attended the Wine Bloggers Conference (now known as the Wine Media Conference) in Walla Walla, Washington. Since that conference and my in-depth introduction to Washington wines thanks to; speed tasting, wine dinners, and gracious producers, (previous posts here and here), I am a steadfast fan of the region’s wines. Washington state grows many grape varieties, but it is the red wines that made a lasting impression on me, and I continue to savor. 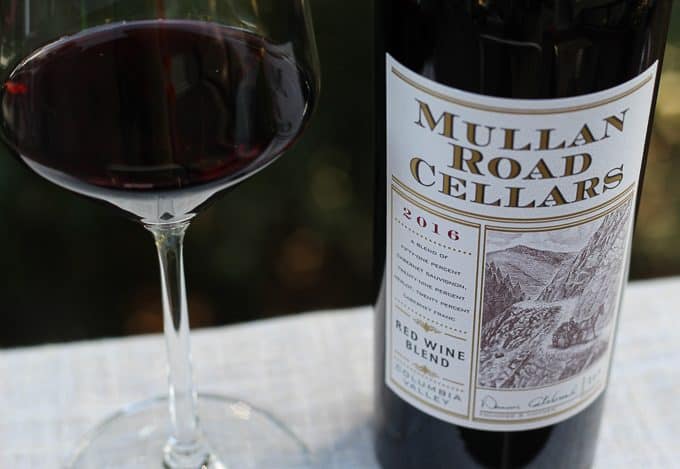 Mullan Road Cellars is owned by Dennis Cakebread of Cakebread Cellars in Napa Valley. It was in 1992 that the Cakebread family started to consider growing their winemaking business. In 2010, Dennis Cakebread made his first trip to Walla Walla, Washington and met Aryn Morell. Morell became Mullan Road Cellar’s winemaker, producing their first red Bordeaux blend in 2012.  The grapes for the 2016 red blend come from low-yielding vineyards in the Columbia Valley including; Seven Hills Vineyard, Stillwater Creek Vineyard, and the Corfu Crossing Vineyard. Every vintage produced to date has received outstanding acclaim and reviews.

Medium to deep ruby in color. Full-bodied with medium tannins and acidity. On the nose notes of vanilla, toffee, berries, and spice. On the palate flavors of blackberries, red currants, cherries and a hint of licorice. Nicely balanced with a lingering finish.

Canvasback Wine is owned by Duckhorn Wine Company of Napa Valley. Their initial interest in Washington State wines started in 2011 with a blind tasting of Napa and Washington Cabernet Sauvignons. They were impressed with the quality and character of those Washington wines and began establishing relationships with growers, including legendary Washington vineyard manager Dick Boushey.  In 2012, they produced their first vintage of Washington Cabernet Sauvignon from acclaimed Red Mountain vineyards including; Klipsun, La Coye, Shaw, and Quintessence. In 2013, Brian Rudin joined Canvasback as winemaker in addition to purchasing a 20-acre site of unplanted vineyards on Red Mountain.

Deep ruby in color with a slight garnet hue around the rim. Full-bodied with medium(+)  tannins, and acidity. On the nose, vanilla, nutmeg, plums, and herbs. On the palate dusty tannins with flavors of bing cherries, boysenberries, and raspberries. Well balanced with good structure.

Grilled Coffee-Pepper Crusted Bison Filets, Mashed Potatoes with Fennel, and Grilled Broccoli – The weight and flavor intensity of grilled bison steaks are a natural pairing for an equally full-bodied and bold flavored Bordeaux Red Blend like the Mullan Road Cellars Red Blend and the Canvasback Cabernet Sauvignon. The coffee-pepper rub on the steaks helps to balance the tannins in the wines. Grilling the steaks and broccoli echos those similar elements of bitterness found in the wine tannins. The fennel in the mashed potatoes complements flavors and brings out the earthy aspects of the wines. A hint of sweetness in the steamed fennel heightens the wine’s fruit characteristics. 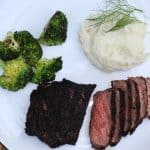 Disclosure: I registered for the conference  as a “citizen blogger/writer” at a  reduced rate in exchange for writing three posts about the conference. All opinions are my own.

This website uses cookies to improve your experience while you navigate through the website. Out of these, the cookies that are categorized as necessary are stored on your browser as they are essential for the working of basic functionalities of the website. We also use third-party cookies that help us analyze and understand how you use this website. These cookies will be stored in your browser only with your consent. You also have the option to opt-out of these cookies. But opting out of some of these cookies may affect your browsing experience.
Necessary Always Enabled
Necessary cookies are absolutely essential for the website to function properly. This category only includes cookies that ensures basic functionalities and security features of the website. These cookies do not store any personal information.
Non-necessary
Any cookies that may not be particularly necessary for the website to function and is used specifically to collect user personal data via analytics, ads, other embedded contents are termed as non-necessary cookies. It is mandatory to procure user consent prior to running these cookies on your website.
SAVE & ACCEPT