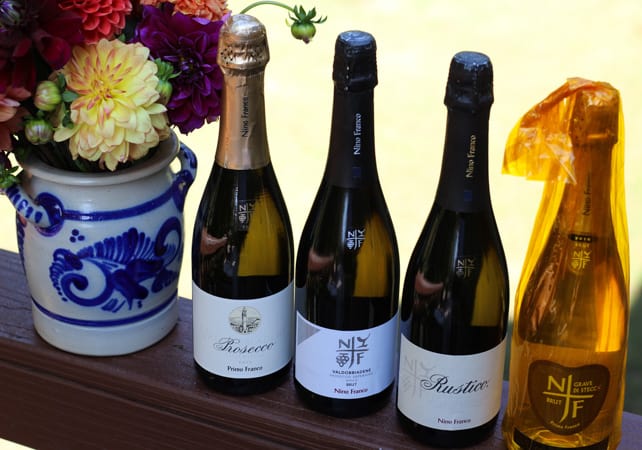 This month I have been exposed to an entirely different Prosecco then I commonly find on my grocery store shelf.  Winestudio introduced me to Nino Franco Prosecco and one thing, as they say, led to another.  First, the difference between Champagne and Prosecco (check out my previous post here). Second, the difference between a DOC and DOCG Prosecco.  And of course,  what foods to pair with Prosecco.  Finally, the Nino Franco Prosecco story that gives a more complete picture to what’s in the glass.

So What Is DOC and DOCG?

DOC is the European Union wine category designating a superior wine, the initials stand for Denominazione di Origine Controllata, the Italian version of the French Appellation Contrôlée System. Prosecco DOC is made with grapes grown in Italy from a larger growing region throughout Friuli Venezia Giulia and Veneto except Verona and Rovigo (556 towns in nine provinces).

DOCG stands for Denominazione di Origine Controllata e Garantita, a legal category established in Italy for its highest quality wines. (A step above DOC) Prosecco DOCG is made with grapes grown in Italy from a smaller more focused growing region between Valdobbiadene and Conegliano on steep hillsides (15 towns within one province).  The steep hillsides allow for better soil drainage and more sun exposure resulting in grapes with concentrated flavors and better overall quality. (All the Nino Franco Prosecco I sampled this month was DOCG.) 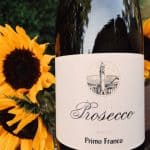 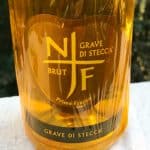 Prosecco DOCG is an ideal wine to pair with small savory plates.  The DOCG has more body, acidity, depth of flavor and complexity than a DOC. 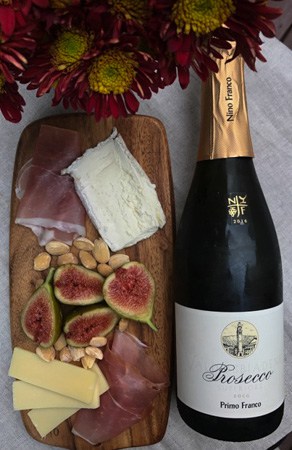 I paired the 2016 Primo Franco with a triple cream cheese, Gruyère, proscuitto, fresh figs, and Marcona almonds. The fresh acidity of the Prosecco was a nice contrast to the creamy richness of the triple cream cheese. The almonds brought out a toasted almond note in the Prosecco.  Both the prosciutto and Gruyère complemented the Prosecco, leaving both the food and Prosecco enhanced.  Only the fresh figs did not pair well, both the figs and Prosecco fell flat when paired together.

My other small savory plate pairing was with the 2010 Grave di Stecca Brut. I tried a number of different soft-ripened bloomy rind cheeses, including different milks; cow, sheep, and goat.  I wanted one of my two Italian cheeses, Robiola Bosina made with cow and sheep’s milk, or the Taleggio made with just cow’s milk to work.  However, a rather local cheese from Sweet Grass Dairy in Thomasville, GA, “Green Hill”, a double cream soft-ripened cow’s milk cheese similar to a Camembert was the perfect match. Maybe the grass-fed cow’s milk complemented the complexity in the Prosecco. The creaminess of the cheese with the freshness of the Prosecco was definitely a winning combination.  I added some slow roasted pear slices with the Green Hill, and the fruity notes from the Prosecco were highlighted to a savory blissfulness.  Also on the plate were raw almonds and aged Asiago cheese, both were a pairing success. 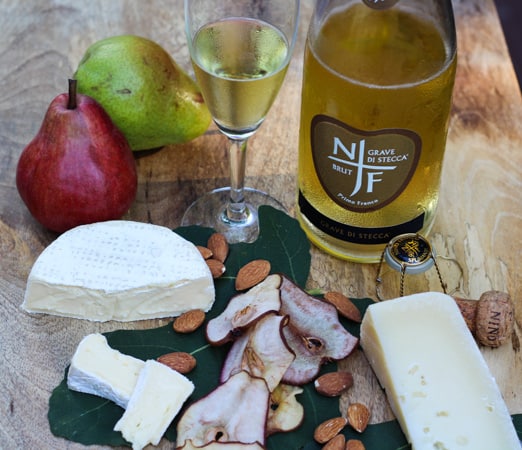 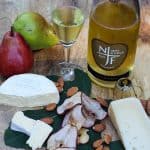 Disclosure: The wine samples were provided as part of #winestudio, an educational program organized by Tina Morey. Join the #winestudio conversation Tuesday at 9pm EDT on Twitter.

This website uses cookies to improve your experience while you navigate through the website. Out of these, the cookies that are categorized as necessary are stored on your browser as they are essential for the working of basic functionalities of the website. We also use third-party cookies that help us analyze and understand how you use this website. These cookies will be stored in your browser only with your consent. You also have the option to opt-out of these cookies. But opting out of some of these cookies may affect your browsing experience.
Necessary Always Enabled
Necessary cookies are absolutely essential for the website to function properly. This category only includes cookies that ensures basic functionalities and security features of the website. These cookies do not store any personal information.
Non-necessary
Any cookies that may not be particularly necessary for the website to function and is used specifically to collect user personal data via analytics, ads, other embedded contents are termed as non-necessary cookies. It is mandatory to procure user consent prior to running these cookies on your website.
SAVE & ACCEPT
51 shares